The J. Howard Coble Scholarship Fund has been named in the memory of former congressman Howard Coble.

The scholarship was formally announced at a press conference at UNC-Greensboro in Jackson Library where Howard Coble’s official papers are archived, Wednesday, August 17. The press conference included remembrances by Coble family members, political friends and the late congressman’s staff members. 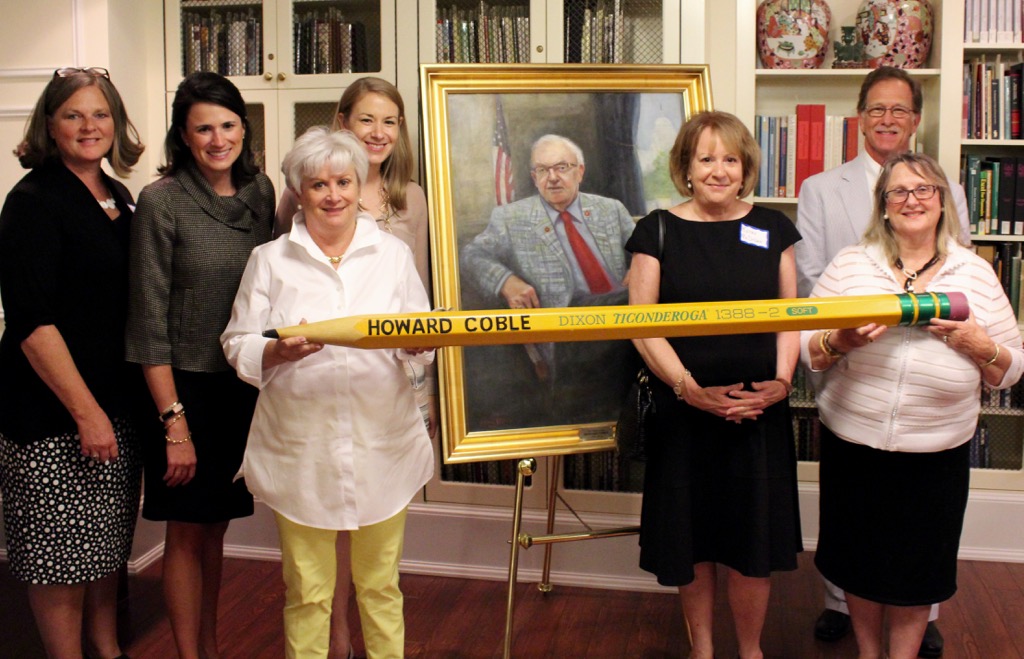 Congressman Coble served 30 years in the U.S. House of Representatives, establishing a legacy as a conservative Republican leader. Hands-on care for his constituents was a hallmark of Coble’s service to North Carolina and the nation as a whole for decades.

Howard Coble, who served as a commissioned officer in the U.S. Coast Guard, was known particularly for his support for the U.S. military community, as well as his disregard for what many believed were some of the more extravagant perks of serving in Congress. He was also known for his trademark plaid jackets and his genuine love for being a part of the communities he served.

“We could not be more proud and honored to be a partner with the Coble family in honoring a man who has been admired and respected for so long,” said Paul Lessard, president of HPCF.  “Coming from a military tradition, I saw up close the commitment and love that Howard always had for our military community. He also believed in preparing for the future by investing in young people, and this fund will do just that, helping students for generations to come.” 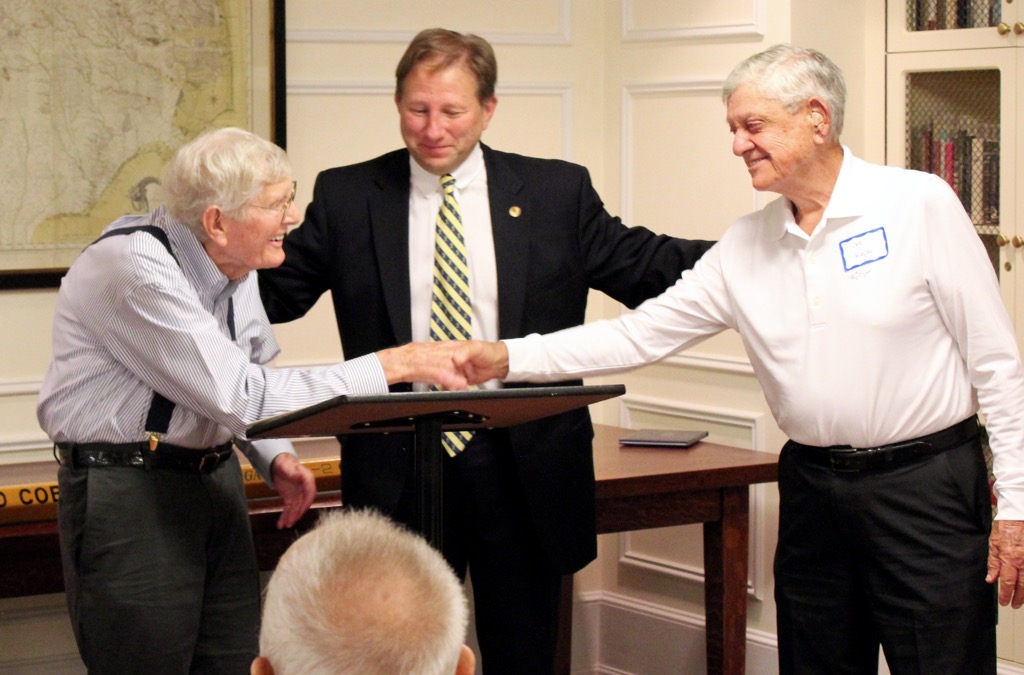 World War II veterans Frank Tothill and Joe Kaper were both honored at the press conference and each shared memories of Congressman Coble, documented later in the High Point Enterprise:

The fund will be used to provide scholarships to deserving students in the areas where Coble served. High school students residing in the 14 counties that made up Coble’s original Congressional district may apply for the scholarship. Field of study and proof of demonstrated leadership will also be considered as criteria. More information can be found on the website at www.hpcommunityfoundation.org.

“We know how much Howard loved this community and how much he believed in the power of the American Dream,” says Dr. Coble.  “He knew that this great country of ours is remarkable because of a strong democratic tradition that can only be maintained with vigilance and intentionality. That is why we started this fund, to be able to help young people who share Howard’s commitment to God, country and community. We believe this scholarship will create generations of new leaders who are dedicated to government service.”

The High Point Community Foundation will manage the scholarship fund and administer the application and award process.

“One of the strongest resources our foundation has are the funds established by families which enable good people, like the Cobles, to realize their dreams and aspirations through strong philanthropic impact,” said David Miller, chairman of the High Point Community Foundation. “We are so pleased to be working with them and look forward to watching this fund make a positive impact on our state in Howard’s memory.” 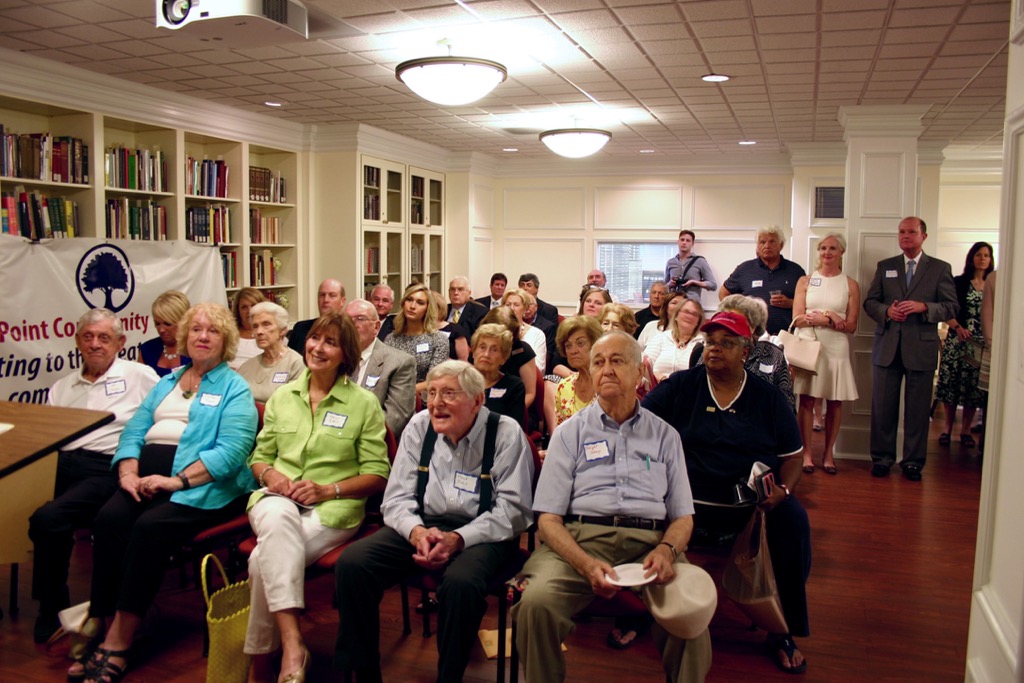 Questions and answers about the scholarship

How much do you hope to raise for the scholarship fund?
Ultimately, through community contributions, our intention is to grow it into a multi-million dollar scholarship.

What kind of students, specifically, will the fund target?
One or more students who demonstrate the ideals and leadership qualities of Congressman Coble, including high moral character and good citizenship. Priority will be given to children of U.S. military personnel or U.S. military veterans, members of Scouting programs, and members of ROTC programs.

How will potential winners of this scholarship apply for it and when can they begin applying?
The first scholarship, or scholarships, will be awarded at the end of the 2016–2017 school year. They can apply anytime during the school year with the deadline being May 10.

Who is eligible to apply?
Students residing in the following counties in North Carolina will be eligible for this scholarship:  Alamance, Caswell, Davidson, Durham, Granville, Guilford, Moore, Orange, Person, Randolph, Rockingham, Rowan, Stokes and Surry.

Is there a requirement that they apply to classic four-year residential colleges and universities?
There are no restrictions as to a two- or four-year school.

How much will the scholarship grant students?
The Foundation’s Spending Policy will be applied to the balance in the fund to determine the amount available.

Who will decide who will get the scholarships?
A Scholarship Committee made up of family members and others appointed by the Foundation will make those decisions.